Every euro you save on plane tickets is money that you can spend on new experiences, food, souvenirs, and anything else you can think of. So why spend more when you can travel cheaper? We have a few tricks that can help you save hundreds of euros. 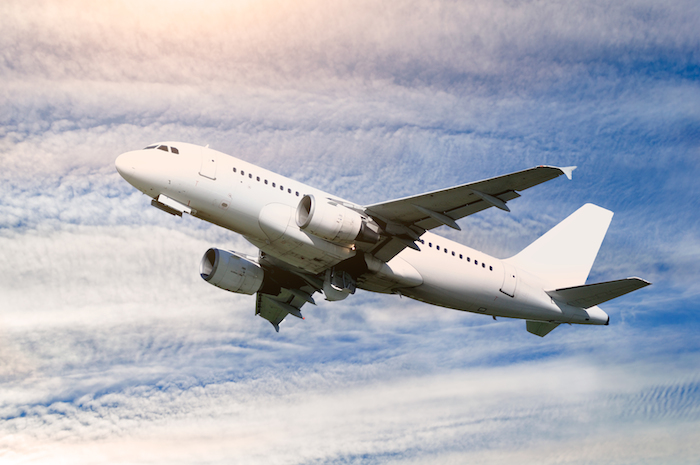 Search for Your Tickets Using the Incognito Feature

Did you ever have the feeling that plane tickets get more and more expensive the more you look for them? It may actually be true and cookies are to blame. Cookies are small files that allow websites to remember your visits and what you searched for. By raising the prices of plane tickets, the website wants to motivate you to buy them fast, before the prices go up even more. But now you know about this trick. Before you start looking for plane tickets, open an incognito tab on your browser or, if you’re using Safari, enable private browsing.

Pages such as kiwi.com, skyscanner.com, kayak.com, momondo.com or expedia.com are a great way to search for plane tickets. They will display the cheapest options from several different airlines. Airlines and companies that sell plane tickets usually combine only flights of the airlines that cooperate with one another. Some search pages, such as Skyscanner and Kiwi, will also combine your flight with low-cost airlines.

Be careful, though. If you are going to take separate flights by airlines that don’t cooperate, you need to keep in mind that the airlines are not obligated to change your flight if your previous flight was late. For example, if you’re traveling from Bratislava to London and then to Los Angeles and the flight to London was late or canceled, you will not make the flight to Los Angeles. In this case, if you bought your ticket from an airline of a company that sells plane tickets, the airline would give you a new flight. If you buy the plane tickets separately from different airlines, however, you’re out of luck. At least Kiwi offers a guarantee in case of a delayed or canceled flight. They will either get you a new flight or give you your money back.

Near large airports, there may be smaller airports that are used by low-cost airlines. For example, if you want to visit Vienna, it’s often cheaper to fly to Bratislava and then take the bus. Kiwi.com allows you to choose your destination and then check the nearest airports and their flights. You won’t fly directly to your destination, but you’ll be close enough and you’ll save a lot of money, too. Especially if both towns are connected by a bus or train line and the travel will take only a short time.

Tickets may be Cheaper in Another Currency

Sometimes, plane tickets may be cheaper in the airline’s own currency. For example, when it comes to WizzAir, it’s sometimes cheaper to buy tickets in Hungarian Forints than in Euros. Try to play around with prices in different currencies and you may save some money.

The internet has several websites that specialize in finding extremely cheap plane tickets. This option is ideal for impulsive travelers who travel on a whim or for those who want to go on holiday at a specific date but they don’t know where. Ever wanted a cheap flight to the Caribbean or to Indonesia? No problem.

If you’re going to try this, you need to keep in mind that many of the flights you find are so-called error fares, which means that the cheap price was created by some sort of error in the airline’s system. The airline may cancel such tickets and give you your money back. Often enough, however, airlines don’t want to risk any negative PR and they’ll let you take the cheap flight.

In some cases, if your flight is a long one, it may even be cheaper to book several connected flights instead of a direct one. So, for example, if you know what you’ll be flying through Dubai, you can find a cheaper flight to Dubai, spend a few days there and then continue to your original destination.

Book a Flight That Passes Through Your Destination

What do I mean by this? Imagine you’re traveling to Bangkok. You find out that a plane ticket to Hong Kong is cheaper and that flight lands in Bangkok, where you would normally need to board a connecting flight to Hong Kong. Just buy the cheaper plane ticket to Hong Kong but once you’re in Bangkok, don’t board the connecting flight. Of course, airlines don’t particularly like this tactic. You should keep in mind, however, that this will only work if you’re buying a one-way ticket and you’re only carrying cabin baggage. The regular baggage which you hand in will always be sent to the end destination, in this case to Hong Kong, and you won’t be able to pick it up in Bangkok.

If you’re traveling to a far-away destination and you’re not planning to return anytime soon, you might still want to get a return ticket, even though you won’t use it. They’re often much cheaper than one-way tickets to the same destination. Of course, this isn’t the case when it comes to low-cost airlines.

If you want to get the best deals and save money, you need to be flexible. Some days are cheaper than others and the same goes with airports. Do you have any other tips on how to save on plane tickets? Let us know in the comments below.

Things to See in Washington D.C.

Want to Try Something New? Try Traveling on Foot!